Welcome back to our discussion of the protective measures available to women under immigration law. In part one of this series, we discussed the reasons that special provisions were established for the female population as they are at an increased risk to be the victims of violence and trafficking, and are not afforded the same rights as male counterparts in most parts of the world. And, we also reviewed the U visa available to victims of certain crimes. Join us in part two of this two-part series as we continue the discussion and review T visas and VAWA visas.

The U visa and the T visa were both created as part of the Victims of Trafficking and Violence Protection Act of 2000. The U visa is for those people who have been victims of crimes and is restricted to 10,000 issued visas annually. The T visa is reserved specifically for those who have been victims of human trafficking and are in the United States as a result of trafficking. Annually, the federal government will grant 5,000 T visas.

Human trafficking is defined by U.S. law as “ (1) sex trafficking in which a commercial sex act is induced by fraud, force, coercion, or in which the victim is younger than 18 years of age, or (2) the recruitment, harboring, transportation, provision, or obtaining of a person for labor or services, through use of force, fraud, or coercion for the purpose of subjection to involuntary servitude or slavery.” A T visa is available for these victims to offer protection and gives them the same status and benefits as refugees.

T visas are valid for up to four years, which may be extended if the victim continues to assist law enforcement in the trafficking investigation or it would cause a significant hardship if the immigrant is removed from the United States. T visas allow immigrants who hold this status to seek employment, qualify for government benefits, and some immigrants may qualify to become a lawful permanent resident. For more information about the T visa, visit the Department of Homeland Security online or call your experienced immigration attorney. 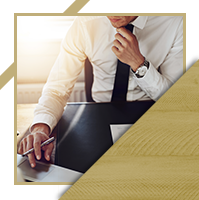 As we previously discussed, many immigrants are subjected to violence and human rights violations because their perpetrators view them as “easy targets.” These victims are less likely to seek help from law enforcement, leave the situation, or retaliate against their perpetrator because either the victim is an illegal alien or their residency status is dependent on their abuser as their sponsor. For this reason, the U.S. federal government established the Violence Against Women Act (VAWA) to help provide an alternative for victims. According to the US Citizenship and Immigration Services, an immigrant may self-sponsor and apply for a green card without the abuser’s knowledge or consent if they are the victim of “battery or extreme cruelty” by a family citizenship sponsor that is one of the following:

This law was established to protect women as the victims of domestic violence and violent crimes. However, these laws cover spouses, children, and parents who have been victims of qualifying violent crimes. In 2013, the act was expanded to include gays, lesbians, transgender people, and Native Americans. For more information on qualifications, read here. Unlike the U visa and T visa, there are no caps for VAWA visas.

While some crimes including domestic violence, rape, and human trafficking are available for approval of any of the visas mentioned here, it is important to understand the difference between the visa types and the benefits that accompany each. Each of the three different visas have different qualifying requirements, result in different benefits, and have different long-term effects, including naturalization eligibility. For help navigating the confusing immigration laws and policies, consult with your local immigration attorney. For an experienced immigration lawyer in New York who is passionate about helping you, contact Zohar Law Offices today!