The United States is a country that was founded by immigrants to a new land and has historically been a safe haven, the beacon of hope, for billions of people over the centuries as a place to find employment, freedom from persecution, and a new chance at life. From the “discovery” and claim of the Americas in 1492 to the nation’s inception as an established country — a declared emancipated from its overseas “owner” and foundation of an independent country — in 1776, it was a free-for-all type of border and coastline. People from all nations came to the Americas and set up their homes and families. It was not until 1819 that immigration became a legal point of contention and the first immigration legislation was passed. Since then, laws and legislation have changed and evolved significantly. Follow along in today’s post as we recap some of the highlights of these changes through the years. 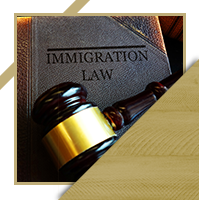 1819– Immigration Act of 1819 is enacted, which declared foreigners entering the United States as immigrants. Those entering the country has to supply information to government officials that included age, sex, occupation, native country, and destination within the US.

1848– Treaty of Guadalupe Hidalgo granted Mexicans who lived in the territories assumed by the United States from Mexico American citizenship and the right to retain their property, language, and culture.

1864– Immigration policy is declared to be a federal concern and control was seized from the individual states by the federal government. New legislation is enacted to outline federal immigration policies.

1882– The Chinese Exclusion Act is established and enacted to prevent the permission of entry into the United States by Chinese. A “head tax” is established to charge immigrants at ports.

1891– The Bureau of Immigration is established to administer federal immigration policy and manage immigration requests, grants, and evictions. Immigration stations are set up at Ellis Island, Boston, Philadelphia, and San Francisco.

1900– Federal immigration laws were updated to set limits of people allowed entry. Over the first half of the 20th century, less than half a million foreigners migrated to the United States because of these caps. During this time, the World Wars brought about immigration reform worldwide. Entry into the United States was denied to anyone considered to be a political radical, psychopath, illiterate, orphan, alcoholic, polygamist, could not speak English, had a mental or physical defect, or had been diagnosed with tuberculosis.

1915– The first variant of Border Patrol is established as “Mounted Inspectors” along the US-Mexico border to prevent mass immigration of Mexicans during the Mexican Revolution.

1924– The first formal border stations were erected on the US-Mexico border.

1943– The first variations of “visas” were used to grant temporary admission to more than 2 million Mexican laborers to help on farms and railroads during World War II.

1945-1948 – War Brides Act allowed the foreign spouses, natural children, and adopted children of service members who served in the foreign war and came home with a bride to gain citizenship. The Displaced Persons Act also permitted people who were uprooted by war to migrate to the United States.

1952– The establishment of the current immigration policy structure is created. New immigration laws adjusted the number of foreigners granted admission. Laws established family sponsorship, employer sponsorship for skilled workers, and asylum was offered for refugees who were victims of political or war crimes in their native countries

1986– The United States makes it illegal for employers to hire illegal aliens to help curb the exploitation of undocumented immigrants.

2001– Mass deportation of legal and illegal immigrants, a dramatic increase in Border Patrol and Immigration and Customs Enforcement (ICE), and changes in laws — the Patriot Act — for financial accounts and employment are established.

2006– The Secure Fence Act authorized the erection of fencing, the use of surveillance technology, and force implemented by Border Patrol on the US-Mexico Border.

2013– The Violence Against Women Reauthorization Act provided temporary visas to undocumented immigrants who are the victims of domestic violence.

Currently, federal legislators are seeking to implement a variety of immigration laws and possible plans to build a border wall are being hotly debated. Immigration and immigration law continues to evolve and change as the world changes and conflicts vary. Regardless of when you came to this country or what your current status is, to gain or retain your citizenship or visa, it is important to have passionate legal support. For a dedicated immigration attorney in New York, contact the Zohar Law Firm today.