Over the centuries that the United States has been an established nation, it has been a land where people from all over the world travel to find relief from political and religious persecution and to partake in the freedoms offered by a democratic society. In many nations across the world, the government is corrupt and its citizens are riddled by fear and violence and are subjected to violations of basic human rights regularly without protection or consequences for the perpetrators. The United States and other democratic nations offer a reprieve from these unjust living conditions and offer hope for a better life. For those who are afraid of persecution in their home country, the United States offers protection by way of political asylum and refugee status. Join us in today’s post as we explore what these terms mean and how they may apply to you and your loved ones.

America — The Hope For a Better Tomorrow

The terms political asylum and refugee status are often used interchangeably. And, while they are similar, it is important to understand the difference when seeking to apply for either. In short, political asylum can be sought by those are already physically in the United States and are afraid to return to their home countries, whereas refugee status is for those who are seeking to escape their home countries and wish to come to the United States.

The president of the United States sets a limit regarding how many refugees will be allowed to enter the U.S. This number is calculated based on the current number of refugees, resources available to assist, and the humanitarian reasons for requesting assistance. Conversely, there is no cap, or limit, for the number of people who are granted asylum each year. These statuses can be applied for by people who wish to live in the United States because they have a well-founded fear of persecution in their home country based on their: 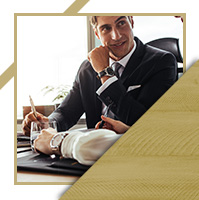 It is important to note that government corruption and economic hardship are not on the list of qualifying reasons for requesting asylum or refugee status. For more information, visit the Department of Homeland Security online.

Both refugees and asylees have the right to remain in the United States indefinitely until the conditions in their home country return to a state that does not pose a direct threat to them. Additionally, they will receive a work permit and may apply for a green card after one year of living in the U.S. and citizenship four years after arriving.

If you are seeking political asylum or refugee status, it is important to do so quickly to avoid removal proceedings as an illegal alien and to gain access to establish your intentions as soon as possible. If you need help filing the application and gaining legal status in the United States, you’ll need an experienced immigration lawyer who knows how to navigate immigration law. Contact our passionate immigration attorneys in New York City to start working your case today!