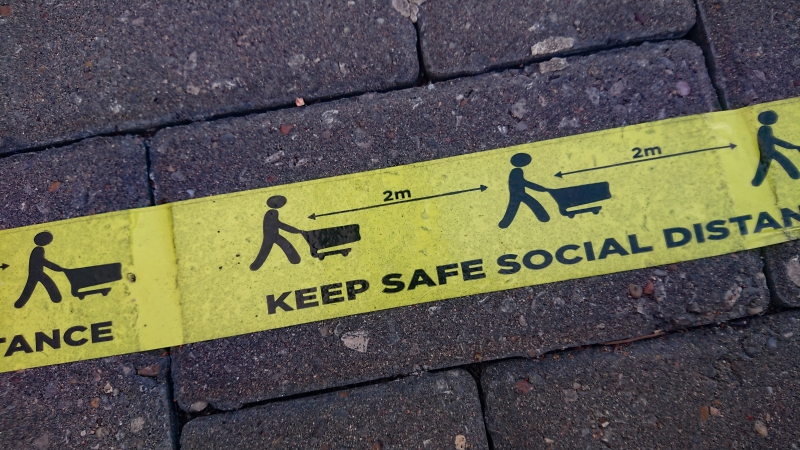 Immigration during the COVID-19 Pandemic

Immigration into the United States has significantly changed since the onset of the COVID-19 Pandemic. At first, the USCIS Offices were closed for months and the immigration courts were closed for months with some still not open. The processing of Applications seems to have come to a grinding halt. It is no secret that the Immigration process has been greatly impacted by the Pandemic, and not in a positive way. There are key areas of change that that need to be understood along with some tips for immigration during the pandemic.

Filing for your green card either through marriage or through employment has never been more difficult. There are constant adjustments filing criteria such as public charge and rising filling fees. These create additional roadblocks for those trying to become lawful permanent residents.

The addition of public charge application to all green card cases attempts to evaluate the intending immigrant’s financial viability to live in the United States. In reality, it is seeing who is likely to succeed and who will ultimately require public benefits. On July 29, 2020 a New York Federal Court issued an injunction preventing USCIS from implementing a Public Charge during the Pandemic. Currently, the additional I-944 Public Charge application is not needed for all applications filed after July 29, 2020.

As such, it is recommended that any applications that can be submitted should be filed immediately while the injunction is in place to avoid the harsher public charge criteria. Should the public charge come back into effect, each applicant should add any and all evidence possible to show their financial strength and ability to become gainfully employed to avoid needing any public benefits. One of the major issues is believed to be health care. Without health insurance, any health emergency can become costly and likely result in needing support through public benefits. It is recommended, when possible, to obtain health insurance to cover any unexpected emergencies.

Filing to remove the conditions on your green card has become an increasingly lengthy and burdensome process. On November 30, 2018 USCIS released a memo requiring that all I-751 petitions to remove conditions on residence require an interview. You can prevent an interview by providing sufficient evidence: of your marriage; your application was received on or after December 10, 2018; there is no indication of fraud or misrepresentation; and there are no complex issues or facts requiring an interview. These cases can now take 3 years or longer to secure a decision. Given that the receipt notice only gives an 18 month extension of a green card, many applicants need to schedule an Info Pass appointment to get a green card (I-551 ADIT) stamp placed in their passport extending their green card for an additional year. From the start of the pandemic, USCIS has only granted these appointments for emergency situations. Without an emergency they are not allowing applicants to schedule these appointments and get an extension.

Since these cases are taking so long, many people become eligible for their Naturalization (citizenship) while waiting for a decision. Eligibility is based on the time period since you became a lawful permanent resident. If you are still with your spouse, then the eligibility period is three years. If you are divorced, it is five years from receiving your green card. Filling for your citizenship may push your application through faster or a decision on both applications can be made at the citizenship interview.

Business immigration has become increasingly difficult during the Trump Administration. It began on April 18, 2017 when the President signed an Executive Order called “Buy American Hire American.” This created an American citizen first policy, focusing on the employment of Americans over foreign labor. These policies have become increasingly harsh on immigrant workers as unemployment has increased during the pandemic. In a Presidential Proclamation dated June 22, 2020, President Trump banned the issuing of new foreign visas for coming or immigrating to the United States until December 31, 2020, with the ability to extend the ban further. The temporary work visas included are H-1B, H-2B, J and L visas. This ban does not affect those who already have a visa and only affects future applicants and those who have not been issued a visa as of June 22, 2020.

This also does not affect people in the United States who wish to change their current status to a work visa. It only affects the work visas mentioned above. As an immigrant who wants to work in the United States, what tips are there to ensure your case has the best chance of approval? In my opinion, you need to make sure you show how this position or employment will help the United States Economy. While not a criteria in most cases, if you can show that your employment will result in more Americans being hired it could strengthen your case. Also, evaluate all of your employment options before choosing which case to file. Instead of coming here and opening a new office as an executive (L-1), given the current climate it might be a stronger case to file for an investor’s visa (E-2). Lastly, you should be honest about the COVID-19 Pandemic and show how your position or business will be able to survive in the new normal. Business immigration has become more difficult under the Trump Presidency, but by no means is it impossible.

The previously mentioned Proclamation deals primarily with a ban on new business immigration. It also extends the ban on other non-immigrants and immigrants that were in previous proclimations. You can be prevented from coming into the United States, if you are from a country with a high COVID-19 infection rate like Italy or have recently traveled to one of the higher infection rate countries.

There are a few things you can do if you fall under the Proclamation’s Ban. The first would be to quarantine in a different country not on the banned list before coming into the United States. You should have all documentation proving that you have been in a safe country for at least two weeks before traveling to the United States. The second option would be to request a waiver from Customs and Border Patrol at the port of entry you intend to come through. These are given on a case by case basis given the severity of the situation. Our firm recently obtained this waiver for an Italian woman who needed to come to the United States to help her grandson in his recovery from surgery. Within a day, the Deputy Chief CBP Officer at the port of entry granted our request and our client was allowed into the United States. Not all cases will warrant a quick decision or waiver of the ban, but if there is a particular honest reason why entry is needed, it is a worthy and appropriate tactic.

In these uncertain times, things are constantly changing. Our lives have begun to adapt to a “new normal” with the ever changing news of the Pandemic. Immigration has become increasingly more difficult over the past few years and more so during COVID-19. It is important to know what the latest updates are and how best to navigate immigration in these constantly changing times. While immigration benefits have become more difficult to obtain, they are not impossible.